Top Ten Success
Hatfield ladies team reached the semi finals of the region Top Club beating Harperbury last Friday. They won on 2 rinks and lost on 2 rinks, but with convincing scores from our single player, Alison Hall and our pairs Jackie Bell and Phyll Scarborough we won overall 70-79.

The Semi-Final is against Northaw and Cuffley on 20th July 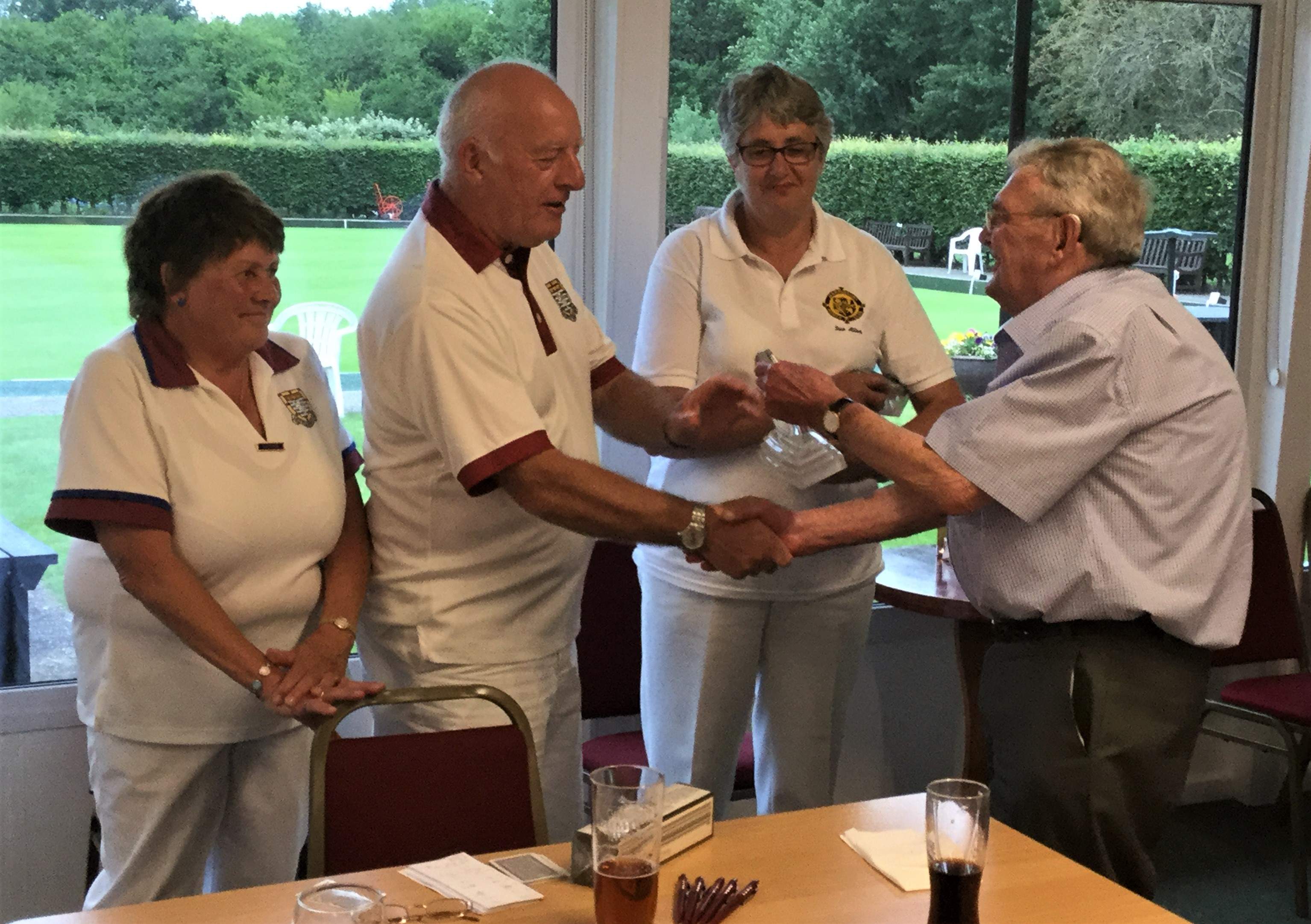 Hatfield complete the Triple of wins in the Ron Gray Trophy

The Ron Gray Trophy is a competition played each year against Harperbury B.C. The format is 6 rinks with a home and away leg making the overall Competition result.

Ron Gray was once a member of Hatfield Bowls Club, later joining Harperbury B.C. With his love of both clubs he decided to award a trophy each year and in this its 20th year the Winning Club was Hatfield B.C.

In the first leg of the competition was played at Harperbury B.C. on Saturday 25th May we came away with a 17 shot lead.
The return leg of the Match played at Hatfield B.C on Saturday 23rd June resulted in a convincingly win gaining in total 40 shots and the Trophy for the 3rd consecutive year.

Ron Gray presented his Trophy to the Hatfield’s captains after an enjoyable afternoons play.

Visit; Galleries 'PHOTOS 2019' for see pictures from the Trophy Match.

Hatfield Ladies win first round Top Ten Club Match
Played at Kings Langley on 15th June winning on 3 rinks and then played Croxley Guild on 28th June and won on all 4 rinks.

Martine Underwood in her 2nd season as a bowler is already displaying her talent for the Game by gaining 12 points on her way to a County Badge. Martine is in the Finals of the Un-badged at Bishop Stortford B.C. and the Finals of the Junior Pairs at Welwyn & District B.C.
Martine is doing very well in the Club tournaments. At 22 yrs she has great potential and many more years ahead to achieve her goals. 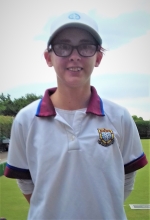 The Ken Norris Cup is back in Hatfield.

Ken Norris a member at Hatfield Bowls Club for many years; in 2001 he gave a cup to the Club and it was decided to challenged North Mymms B.C. to an annual match. Throughout the years both clubs have won the Cup but last Sunday Hatfield B.C. convincingly won by 26 shots. 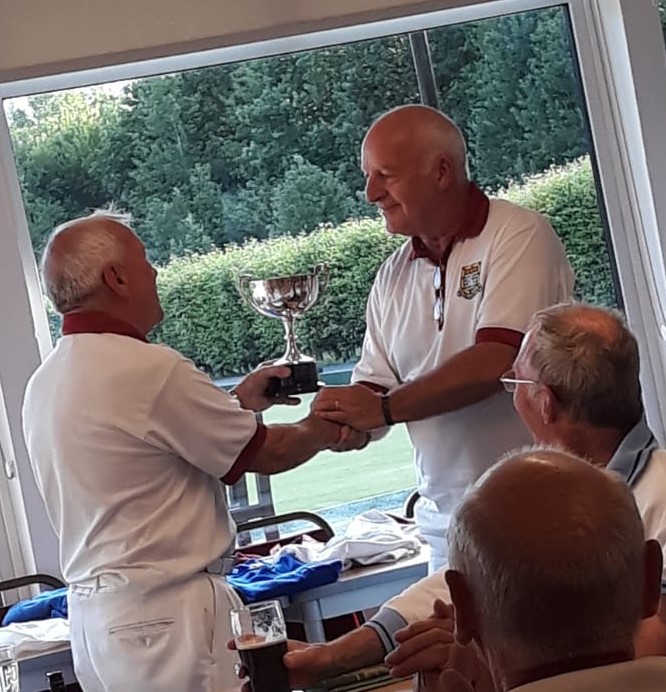 Hatfield Top Club ladies were beaten by Northaw & Cuffley BC in the semi-finals. They all did so very well to get that far and the Club very proud of them.

Martine Underwood is in the unbadged finals on Sunday at Bishops Stortford and wish her good luck. Ladies captain Dee Morrison 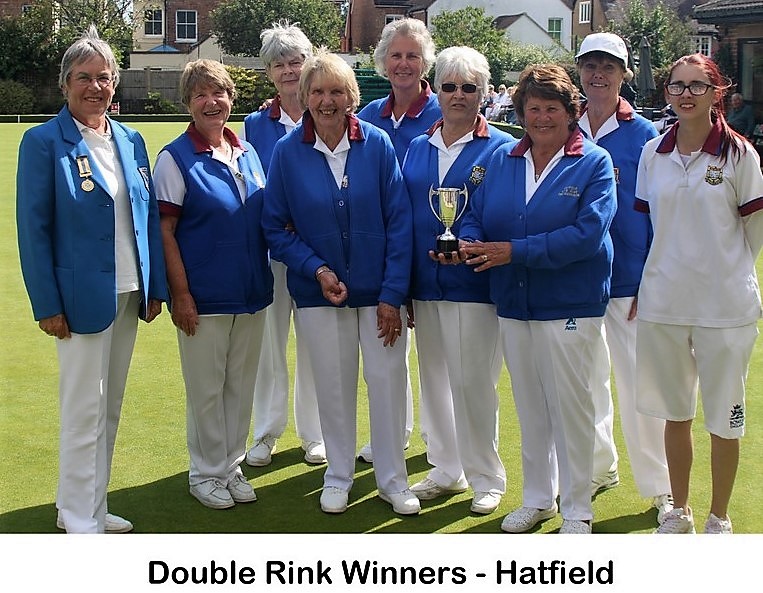 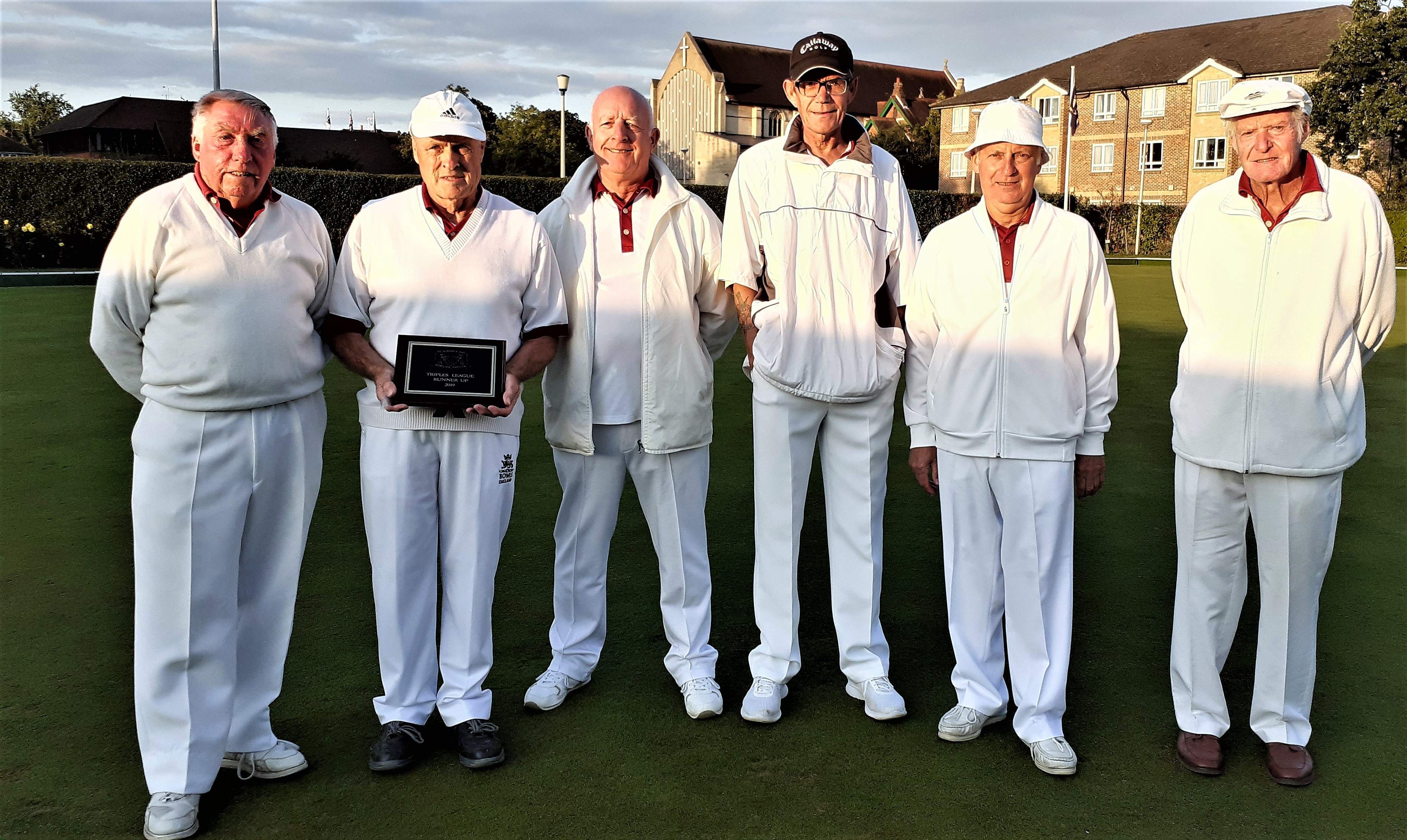 On day three of the finals we saw Mary and Roy Banks winning again in the Australian pairs and Peter Crouch winning the men’s handicap. The weather throughout the whole of the weekend was quite hot so very challenging to the players who were in more than one match.

It all went very well thanks to Jackie Bell and Peter Crouch who are our competition secretaries. Our presentation lunch will be held on Sunday 22nd September.

St Albans and District ladies finals were held at Harpenden Bowls club on the 8th September and out Hatfield ladies did us proud again beating Kings Langley in the Double Rink. The District men’s Triples league also played in the finals against North Mymms and lost by one shot on the last end which was a pity.